Anyone who knows me, knows I have terrible ADOS... (Attention Deficit... ooh, shiny...) I tend to either get disinterested, frustrated, or run out of time to finish projects so I end up side-lining them and then never getting back to them.

I decided to pick Merida back up, (I had last posted this one in 2014) she was living on my bedroom floor for awhile, then when I moved realized I was pretty close to actually being done. Since I won't have any of my new costumes done for C2E2 and it's earlier this year, figured I'd give it another go.

I think I got discouraged when I got in a bad wig just before the last con I planned to wear it to. It's very hard to tell color online, not to mention finding a good, natural Red. I ordered one that looked good off of eBay, but many sellers were using the exact same picture. I wrote them, and they claimed it was their picture, but of course, they probably lied. This is what I ordered originally. 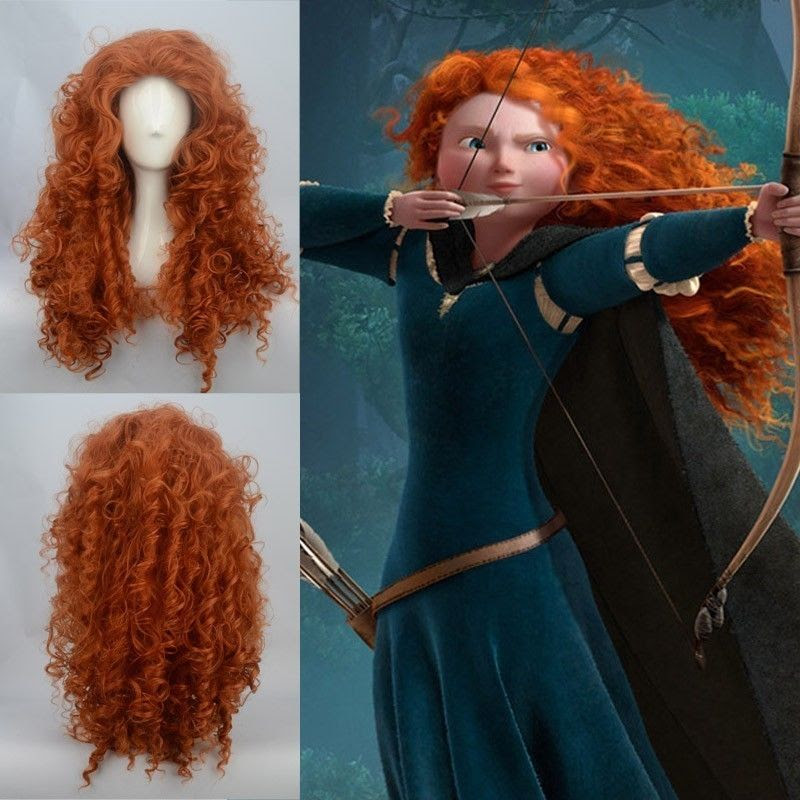 Looks great... except what I got was bright clown orange, and it was all set into a black foundation and wefting. I even tried to dull it down with dye, but it didn't work well. So, beware sellers using this picture, it's probably not what you are actually getting.

Next, I ordered this one from an eBay store that operates out of CA, not China. The pictures are kind of crappy and fuzzy. The wig I ordered, Electra, is very long and curly (may or may not be too thin depending on the volume one is going for). It has a light beige colored foundation, a hard front, and all the wefts on the crown are crimped and facing forward for volume. I wrote them and they claimed color #27C was a perfect Merida color and it's called light ginger. It's the brightest red they have in their color chart. 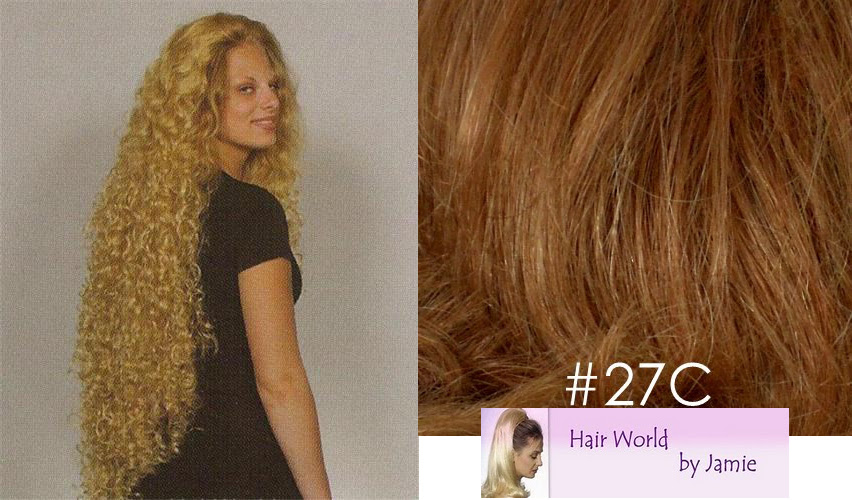 I found the red to be more of a bright strawberry blonde as opposed to a true bright red. The wig at least had a few different colors to it, so it at least had a natural look to it, so I decided to try and dye it to a brighter, natural shade. I decided to look at Arda Wigs tutorial on dyeing wigs. It's for their fibers, dying white fibers, but I used it as a guideline. Since there was no orange iDye at my fabric store, I decided to get Tangerine RIT Powder, and some Cocoa Brown so it didn't go too orange.

Using a large lobster pot I use for dyeing fabric, I started heating it on a portable induction cook top I have. Note, I've had a hard time finding something to reliably get large pots of water boiling, and I will not dye in the kitchen. I mixed about half the packet of Tangerine and just less than half of the Cocoa. Based on Arda's information, the cocoa really turns more of a red than a brown. I pulled a strand of hair from the back of the wig and dipped it in the dye pot, and it was too RED red, so I threw in the rest of the Tangerine. My strand took 15 minutes to get to a color I wanted (Pull it out and dry it from time to time to get an idea of the color) so I threw the whole wig in. I guess the water got hotter, because after less than a minute it looked dark, so I pulled it out, rinsed it (cool water, bit of dish soap), and then dried a strand and it looked perfect. It came out a very pretty 'natural' red. I haven't decided if I'm going to try and make it more orange or leave it like this. My Merida costume I'm going for historically accurate and realistic as opposed to living cartoon.

Next step, will be making the wig cap smaller and resetting the curl!
Posted by Verdaera at 5:03 PM