I don't know if I've ever posted about it, but I'm a member of the Rebel Legion (largest world-wide organization of good-guy Star Wars costumers). I've always done a generic costume when I do troops, like Jedi, and I swore I was never going to do a classic Princess Leia because I don't look like Carrie Fisher (other than height, we're the same). Last year at the Star Wars night at the Cardinals game, since we didn't have a Leia, they had one of their employees wear a halloween costume and everyone loved it, so I realized it doesn't matter that I don't look like Carrie so long as I'm recognizable. I decided to go ahead and make it, and here's the end result. 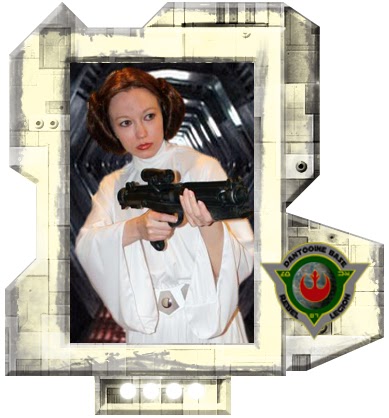 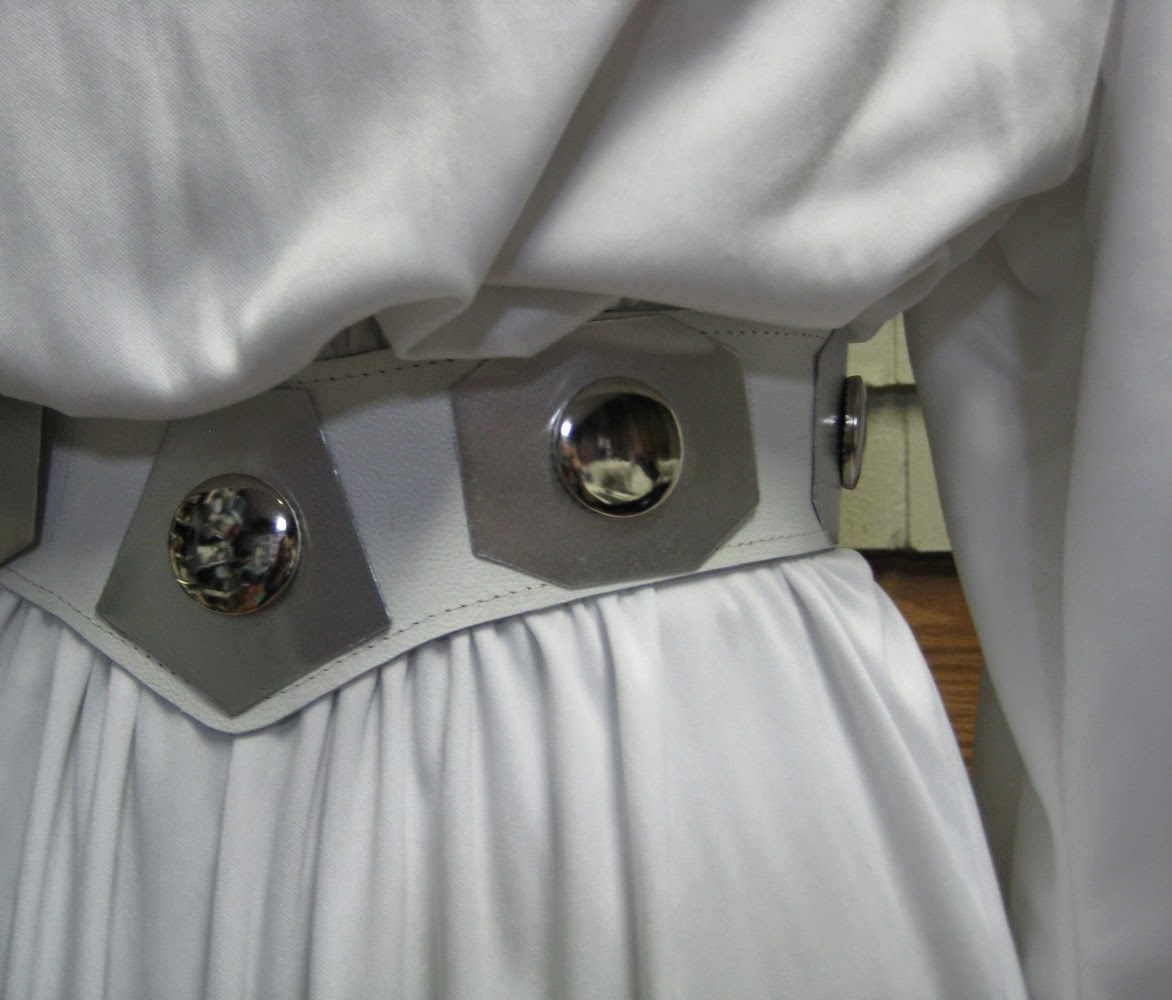 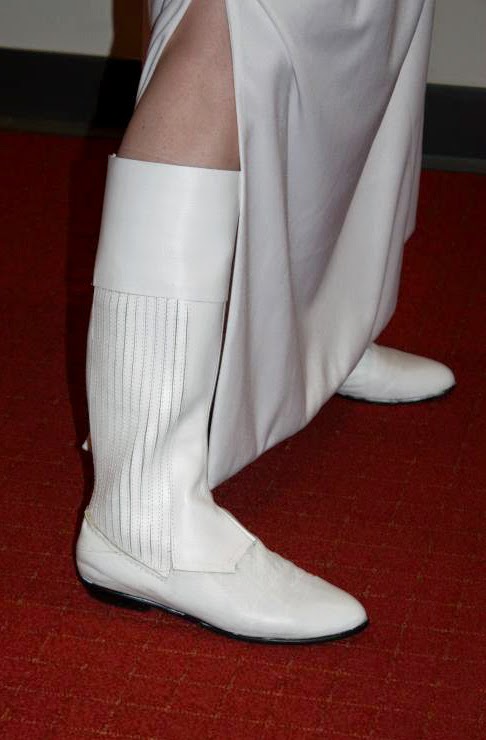 One from the ballgame. Apparently I was on ESPN :p My buns did make it onto the Wil Wheaton project though XD 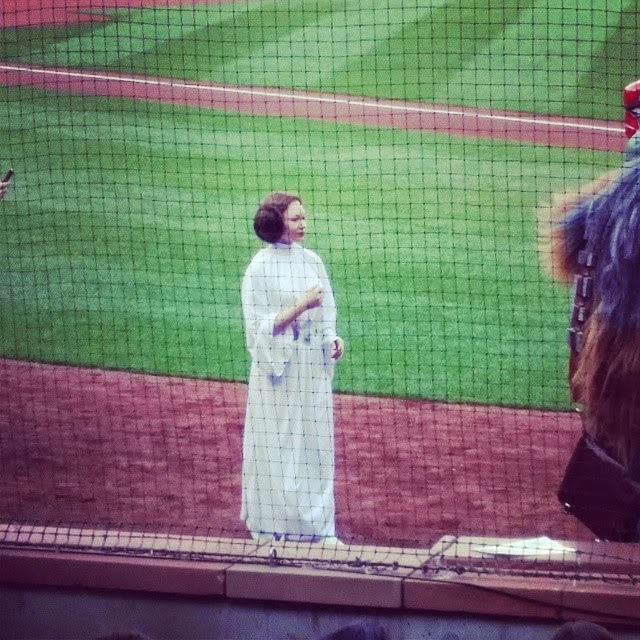 I made the boots, I'll probably do a more in-depth write up about it later, I basically built the boot shaft and attached it to a pair of vintage boots.
Posted by Verdaera at 7:30 PM 2 comments: