Hope everyone have a happy Chriskwanzukah Festivus holiday ;) I got some new costuming books and enough $$ to do a bulk chainmail order- yay! Because I'm blowing through these rings pretty fast. I already have the start of the front panel attached.

Anyway, this'll be my first time doing this here, every year I post an overly-ambitious costume resolution on what I plan to do in the coming year, and look back on what I did (or usually did not) accomplish from the previous years resolution. This is what I said I was going to do last year:

And here's what I actually did: 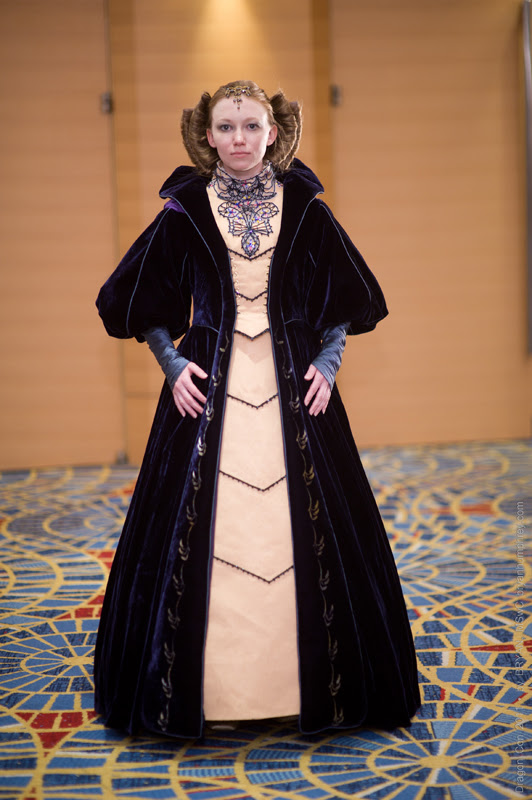 Sooo, one out of 5 plus added one... The Padme had a lot of layers... though it should be mentioned I did this corset for my steampunk but it had fit issues. well, anyway, on to next year... and technically I start constructing costumes for next year right after Dragon*Con in September, so I have a head start.

Definites:
White Witch of Narnia- The Big One of the year, already have a good start on it. Only time will tell how fast I can chainmail that giant skirt.
Hobbit- I don't even technically need this until Dec 2012, though it'd be nice to wear to D*C. Probably half done with this, I might make a go at making feet but odds are I'll just go barefoot.
Edwardian Corset- From last post, doing the sew-along so I can fit one proper.

Possibles:
Alice Ribbon Dress- You see this got bumped from last year. It won't take long to make, but I'll only do it if I can squeeze it in my schedule before D*C
Padme Meadow Gown- This one is actually for next years list but I may start it right after D*C in September
Regency Corset- I've been wanting this one for a long time and the first one I made doesn't fit right. I want a Regency for next years list, but I may start fiddling with the corsettry if I run out of non-handwork and have nothing else to do.

So, those are my plans. At least this year I have a good chance of getting half my definites done in the next couple months, and that'll be an improvement over last year!
Posted by Verdaera at 10:10 AM 9 comments:

I hadn't planned on getting to the Edwardian costume on my list for another couple years, but the blog Bridges on the Body is hosting a corset sew-along, and since I have such trouble with patterning and fitting corsets, and I have almost enough supplies on hand, I think I'll do this. Most of my work is hand-sewing at the moment anyway. I've found this blog to be an informative read. Here's a link to the sew-along if anyone's interested: 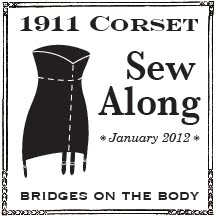 The REAL Queen of Narnia - WIP

I know I haven't posted much about this project yet because I didn't have much to show until now. I'm working on the White Witch's battle outfit from the first Chronicles of Narnia movie. Here's what I have so far, and info under the cut: