I am proud to say I did finish one costume on the original list I posted, and that was Katniss' Yellow Coronation dress. 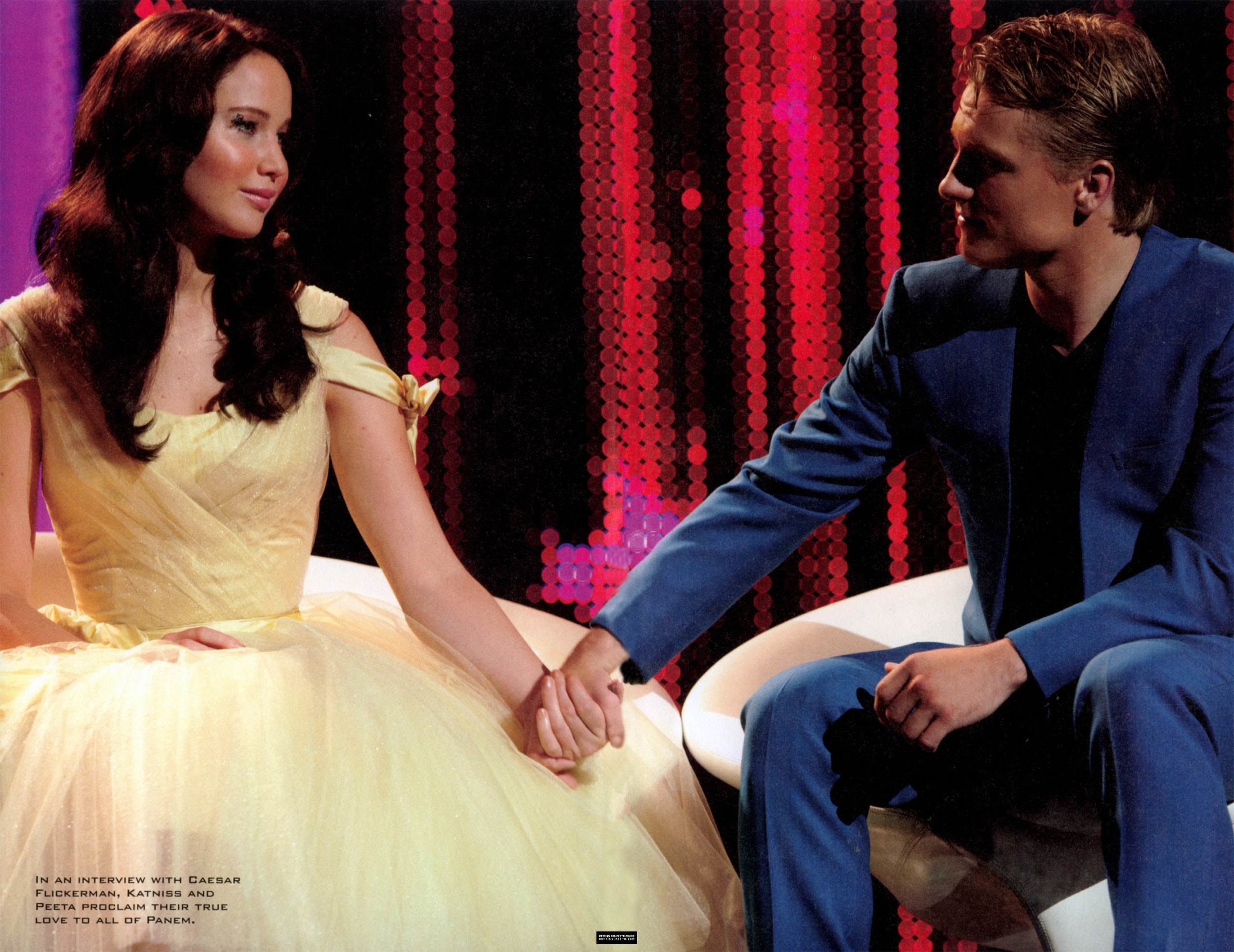 There aren't many full shots of this in the movie. In fact, it's only in the movie for maybe a minute or two. She's either in the chair, in close-up, or very far away and fuzzy. Now, when the Hunger Games exhibit was in LA for the Blacksparrow auction, I was told this dress was not in the exhibit, but the red dress was. The exhibit was going to Chicago next, which isn't too far a drive for me, plus my family is there, so I went, and wore my red Interview Dress with the intention of getting my picture taken with it. I was somewhat apprehensive about seeing the dress in person as I'd be seeing all the things I didn't get right. Well, the red dress wasn't at the exhibit... and I wasn't too broken up about it because THE YELLOW DRESS WAS!! All those pictures on the internet others take of exhibits are great, but I myself have never gotten to really see a screen-used costume I planned to make, myself, in person, WITH permission to take pictures! The dress was in the open, not in a display (and I admit, I did lightly touch it just because ;) ).

Here's one of the pictures so you can see the whole thing: And more can be seen in the galleries of my Katniss costuming group on Facebook, Girl On Fire.

The dress has a base layer of a buttercreme color dupioni, several layers of a similar color tulle, a layer of a gold metallic tulle, and more layers of butter tulle. The dupioni I bought from SilkBaron.com in the buttercreme color. The gold netting is very subtle and after settling for some brassy looking stuff from Hancock's, I stumbled onto some more screen-accurate stuff.... at my work. *d'oh*. The butter tulle turned out to be the hardest to find because the perfect shade was not only discontinued at JoAnns, but the SKU re-assigned to a hideous neon-yellow so it was impossible to track down via inventory. Thankfully some friends in another state managed to find some for me :)

So here it is, I'm rather proud of it, and I really want to figure out how to do the crown someday :) I even have the peacock paperself eyelashes :D All photos by Bryan Humphrey. About my costuming status

I'm afraid my updates for the last year have been incredibly sporadic, I spent 7 months not sewing and then the remaining 5 frantically trying to construct 4 new costumes in time for Dragon*Con. Moaning Myrtle, unfortunately, failed. I couldn't find the right robe fabric, and repeated attempts to paint, dye, and age 4 different lengths of fabric didn't work, so I'm stashing it until I stumble across the right one. I learned from the original costume designer that they used a curtaining fabric, and I do have something similar in my bathroom... in teal. So I'll just keep my eyes out. I'll update on the other two I finished later.

I will also not be doing my yearly costume list, as I feel like I jinx myself every time I post my list, which seems to change throughout the year, and then I feel guilty when I change it or don't finish something, so instead I will be updating which costumes I'm working on once I actually start working on them :) I have a pretty spectacular wish list for this year, and hopefully it will be a better one for me. I felt terrible going to Dragon*Con this year with only 3 new costumes, two of them relatively simple, my main one not finished but wearable, and one repeat. I didn't get a good reaction from people at all. I did get to participate in my first costuming group, which was fabulous (even if most people probably didn't know who I was despite being a main character). Looking forward to more groups next year, and hopefully more costumes! I'm hoping to get back to what I love doing, blogging more about my works in progress and how I'm doing what I'm doing instead of this what-I'm-planning-on-doing stuff.

Now I'll put the first costume I finished in a separate post :)
Posted by Verdaera at 8:50 PM No comments: 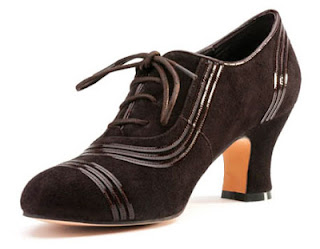 I love her shoes, the Devonshires I have are honestly my most comfortable costume shoe ever.
Posted by Verdaera at 11:37 AM No comments: