This is the time of year where I am usually drafting patterns and collecting materials, so I usually have nothing to show for quite awhile, but I do have something small to show for myself!

Last year at Dragon Con, I took my Ravenclaw uniform I'd made in college and worn as a casual comfy costume into Luna Lovegood simply by adding a wig, Spectrespecs, butterbeer cork necklace and want, and strangely it was the most popular costume I wore all con. This year, I've decided to do a new Luna costume, her yellow dress she wore to the Weasley wedding in Deathly Hallows. 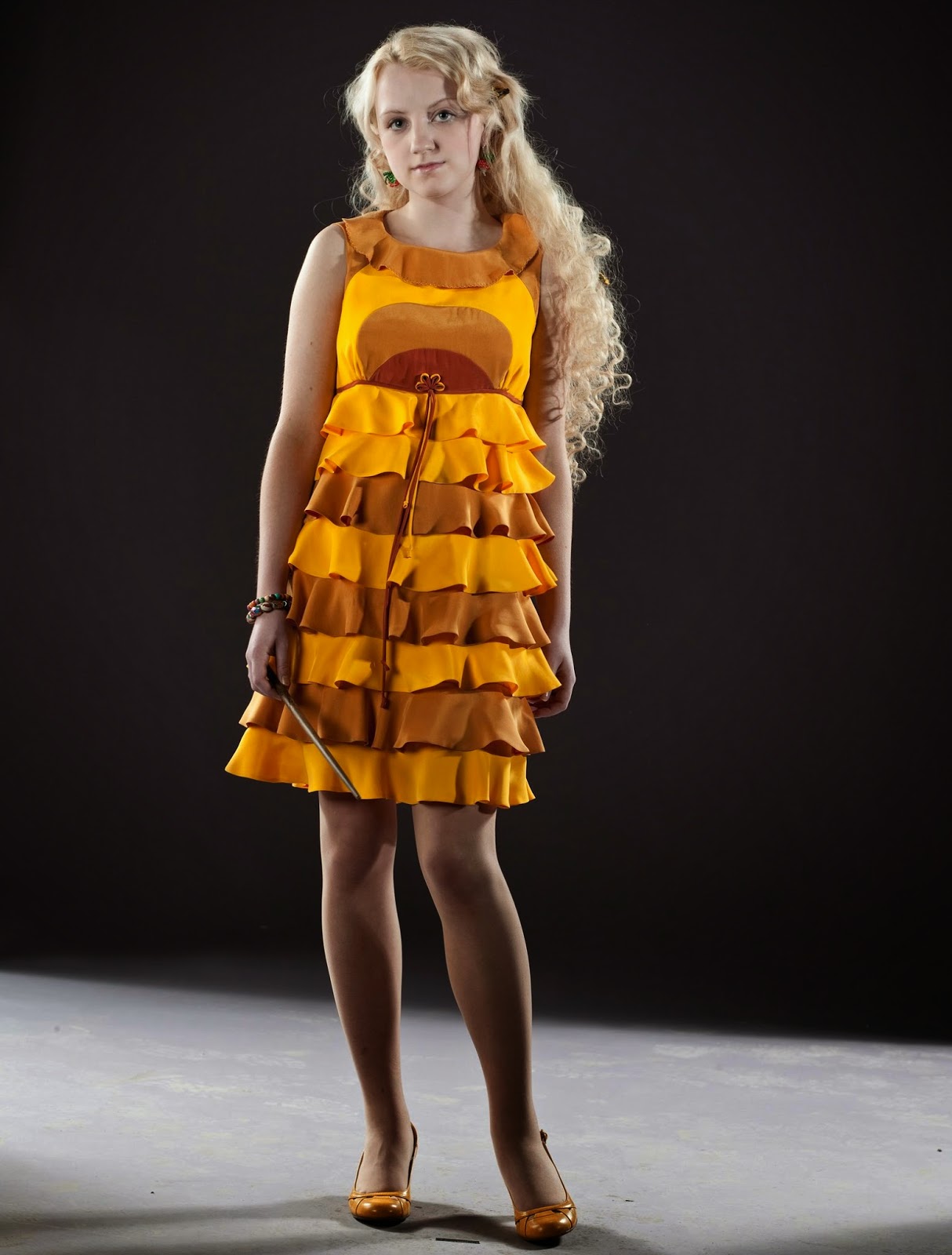 I have some awesome friends who have made clothes from the wedding so I'm excited to get to wear this with them at D*C this year. I don't plan to officially start working on the dress until after April, when I plan to have the White Witch finally done, but since I've been home sick all weekend, I've been having a Harry Potter marathon and had finally figured out how to make the radish earrings! I wanted to go the seed bead route like Evanna Lynch did for the movie. Finished one of two: 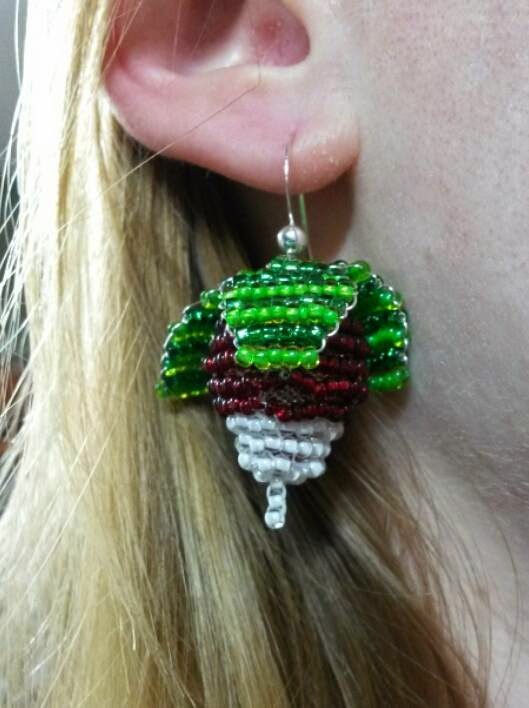 There is a larger bead in the center, and I had threaded an end pin through a smaller bead at the bottom which I attached an earwire to. The top half of the beads were put on using a thin wire, but I switched to beading thread for the second half so I could thread back through and try and secure some of the layers. I also used beading wire for the leaves. It's not perfect, but it's homemade like it should be :)
Posted by Verdaera at 8:34 AM